Achieve your goal of becoming an entrepreneur by learning from the pros. Here’s our shortlist of the best entrepreneurship reads and media, brought to you by Nexford faculty and our global team

We’re empowering entrepreneurs with the skills and mindset to succeed in their life and career. So we asked the Nexford faculty and business gurus for their favorite content about entrepreneurship. These are their top picks.

For those who have a great idea and want to bring it to life, these books, articles, case studies, and podcasts will inspire you as you learn.

Why do entrepreneurs take risks? Why are we more likely to believe something if it’s in bold font? Why do we assume good-looking people are more competent? The answer lies in the way we think.

In this international bestseller, Daniel Kahneman, iconic psychologist and winner of the Nobel Prize in Economics, takes us on a tour of the mind. He explains two systems that drive the way we think: fast, intuitive thinking, and slow, rational thinking.

This is a must-read for any aspiring entrepreneur because it will give you practical techniques for smarter thinking. Not to mention, it’ll help you make better decisions at work, at home, and in everything you do. One of the best things about ENTREPRENEURSHIP is that it can be a vehicle for social change. Take Independent Grounds Café for example – the coffee shop owned by Lorna Heid that mainly employs people living with intellectual and developmental disabilities.

Heid was inspired to open the café in her Kennesaw community by her daughter Emma, who suffers traumatic brain injury effects after contracting meningitis following birth. Heid hopes the café will help people better understand those living with special needs. The local startup has been around for about a year, but Heid just opened her second café, and her brand continues to grow.

Debbie picked this read because her daughter, who also has a disability, may work in the shop once she graduates. But above all, it’s a great example of how entrepreneurship can transform communities and help others. Transportation network startup GOJEK is Indonesia’s first unicorn company (a privately held startup company valued at more than a billion). As of February 2019, GOJEK had an estimated company value of about $10 billion. It has also won financial backing from investors including Google and Australian telecom giant Telstra.

This article profiles GOJEK’s allocations team of just 12 engineers, who manage 1,000,000+ registered drivers on the platform. How do they do it? Learn, experiment, adapt, take responsibility, or be disrupted. Plus a whole lot of coffee and Redbull.

If you’d like to know how the most successful startups make the most of limited resources, you’ll love this read. Masters of Scale is an original podcast hosted by Reid Hoffman, cofounder of LinkedIn and investor at Greylock. Each episode kicks off with a clever tale that sets the stage for Hoffman to reveal a theory he has about scaling.

From there, it unravels as he tests the idea with masters of scale, such as Facebook’s Mark Zuckerberg, Evite’s Selina Tobaccowalla, Airbnb’s Brian Chesky, and Crisis Text Line’s Nancy Lublin. The end of each episode comes full circle with a business theory that makes sense.

If you’re a podcast fan, this is one to catch as it’s much more than just an interview show – it’s a groundbreaking series on how to think boldly and differently about the world. How do some companies go from zero to billions in no time? What do thought leaders and high-growth businesses do differently? They operate like hackers, using lateral thinking to buck convention and break so-called rules.

In this book, entrepreneur and journalist Shane Snow analyzes the people and companies that do incredible things at high speed. From SpaceX to Skrillex, Ferrari to the Cuban Revolution, Snow uses real-world examples to shatter common myths about success.

You’ll learn how innovators do the impossible by working smarter – and how you can, too. 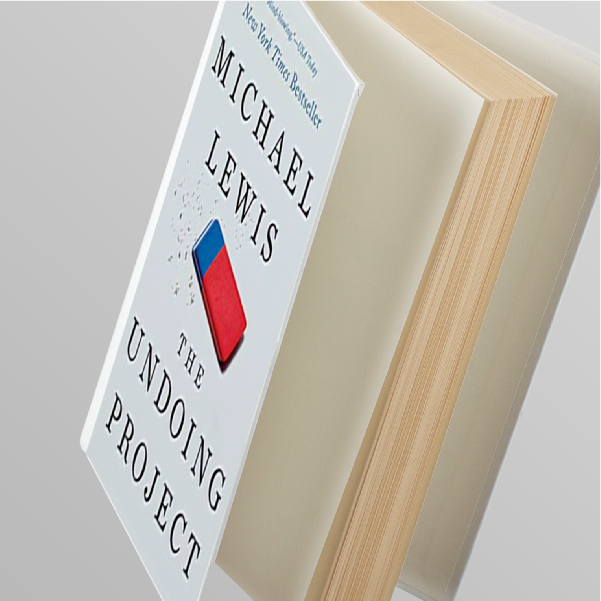 The Undoing Project: A Friendship that Changed the World

Daniel Kahneman and Amos Tversky first met in 1960s Israel. Together, the two gifted psychology professors would go on to create the field of behavioral economics. The field has since revolutionized everything from big data to medicine, from how we’re governed to how we spend, from finance to football.

In this gripping true story, Michael Lewis covers the friendship and collaboration of two extraordinary individuals, who succeeded through innovative ideas and shaped the world we now live in. Lewis is also the bestselling author of “Moneyball”, “The Blind Side” and “The Big Short”.

Whether you’re a fan of those or not, you’ll find this book well worth the read. At its peak, PayPal grew 7 to 10 percent per day – per day! It’s exactly the kind of dizzying growth that fascinates Reid Hoffman, the billionaire cofounder of LinkedIn, angel investor and former COO of PayPal (yes, he’s on our list twice!).

In this book, you’ll discover the lessons Hoffman has learned about scaling a company with intense focus and speed. Unmissable reading for budding entrepreneurs, this book is your guide to achieve rapid growth, earn big profits and become a corporate giant in a very short time.

It’s used by the most valuable companies today – companies that have grown from garage startups to global brands – like Google, Apple, Intel, and HP. If you want to follow in their footsteps, this is the book for you. Most new businesses fail, but what if there was a way to prevent such failures? Eric Ries argues that building great companies starts with customers, and his lean approach to business has revolutionized the startup environment.

The book’s central idea is that lean thinking, INNOVATION and execution should drive your organization, no matter how big or small. Ries developed his strategy from his experiences as an entrepreneur, founder and startup advisor. Today, many companies have adopted his methods, including Dropbox, Wealthfront and General Electric. In fact, they inspired Beth Comstock, former vice chair of General Electric, to create an entirely new way of doing business at GE.

A New York Times Best Seller, the book has sold over one million copies and has been translated into more than 30 languages – now that’s saying something! The Airbnb Story: How to Disrupt an Industry, Make Billions of Dollars… and Plenty of Enemies

In 2008, two broke art graduates and their friend set up a new platform. In less than a decade, that platform would become the largest accommodation provider in the world. Enter Airbnb, now valued at roughly $24 billion.

This engrossing case study delves into how the household name went through such a stop-start stage in its first few years, growing from fledgling startup to industry disruptor to a brand used by millions of travelers. But it’s also a story of controversy, legal issues and lawsuits, regulators who want to shut Airbnb down and hotel industry leaders who want it to disappear.

Most of all, Fortune editor Leigh Gallagher reminds us that scaling a startup comes with its own challenges. There are plenty of lessons to learn here, and you’ll gain great insights on business development. A great podcast for entrepreneurs has valuable insights that you can actually apply. And these three podcasts will entertain, inform and teach you something about your personal journey as an entrepreneur.

Tim Ferriss is a bestselling author, best known for The 4-Hour Workweek, which has been translated into more than 40 languages. On his show, Ferriss examines world-class performers from investing, pro sports, chess, and other areas to find the tools, tactics and tricks that you can use.

Finally, Chick-fil-A’s former Chief Marketing Officer Mark David Salyers explains the difference between running a be-rich and a get-rich business – and why one is much better for your bottom line than the other.

This reading list was brought to you by the Nexford faculty and global team. Learn more about our distinguished academic team.

Are you an entrepreneur with a startup idea? Check out Nexford’s courses online.